Direct to heat treatment systems for 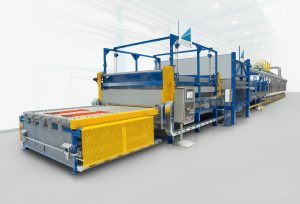 Press hardening has established itself as an exceedingly cost efficient and versatile-to- employ process for making very strong yet lightweight automotive safety components  and has evolved into a standard technology in automaking by now.

Aimed at achieving a controlled deformation and hence, improved vehicle occupant protection in the event of a crash, the technology makes it possible to produce automotive bodywork parts exhibiting made-to-measure strength and elongation characteristics in different zones.

By its thermal printing technology, schwartz has launched an economical method of obtaining parts with tailored properties – so-called tailored blanks – and has consistently advanced this capability to the industrial viability stage. Thermal printing can create multiple regions of different strength and elongation behaviour in a single component, each with a defined transition zone of distinct narrowness or width. What is more, the process can be carried out using conventional press tooling.

In order to bring the manufacture of such “tailored tempered blanks” even closer to practice for the benefit of its customers, schwartz GmbH has set up a full-scale trial line at its headquarters site in Simmerath near Aachen, Germany.
Numerous customer specifications for high-strength and softer product zones plus the associated defined transition areas have by now been tested here. The system is capable of “printing” components measuring up to 2,500 mm in length. In designing the line, special care was taken to optimize parameters that are key in automotive volume production.
Among other advances, the engineers managed to cut the replacement time for the part-specific printer cartridge to less than the die-change time. Moreover, it is possible to produce parts with two, three or even more different strength zones.

A significant reduction in cycle time has been achieved for two zone parts as well. The original cycle time of less than 35 seconds is now down to under 20 seconds. Likewise, the consumption of cooling media was reduced substantially, as was noise emission.

Thus, schwartz enables its customers to explore the full range of feasible part specifications, to optimize parameters, and to boost their manufacturing cost efficiency through faster part changes and short cycle times. 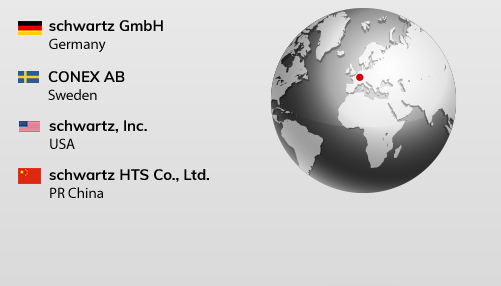